Due to COVID-related issues, participation in the Trex thin film plastics recycling program has been suspended. A special thanks to Dr. Patrick Smith, Paul Neuwirth, and Paul's team at Taylor Rental for their assistance and years of participation with this recycling initiative.

The Environmental Commission now invites you to please recycle your thin film plastics to one of the following locations:

Please only bring what your individual household generates, and in small batches that can be inserted inside the thin film plastics recycling bins. Large deliveries of thin film plastics outside the bin will likely not be accepted.

From the Grocery Store, Packaging Store, and Laundromat/Cleaners

From Your Front Door

Things that CANNOT be Dropped Off in Trex Bins

Any thin film plastics dropped off in a Trex bin MUST meet the following criteria:

Learn How Your Recyclables Can Become A Composite Deck with NexTrex™

Here is an educational video from Trex illustrating what items can and cannot be dropped off, and the process of bringing those materials to Trex for conversion into their composite decking solutions.

The Berkeley Heights Environmental Commission (BHEC) began the Trex Thin Film Plastics recycling effort in Berkeley Heights through the Trex "University & Community Recycling Program" in June 2018. Under this program, when a group collects 500 pounds or more of thin film plastics within a 6 month collection period, then the Trex Company will send that group an outdoor Trex bench. (Note:  A group can only earn a maximum of 2 Trex benches in a continuous 12-month period, no matter how many pounds of thin film plastics your group collects during that period.)

To date, in addition to the BHEC, the following groups have participated in this program:

How actively are residents participating? 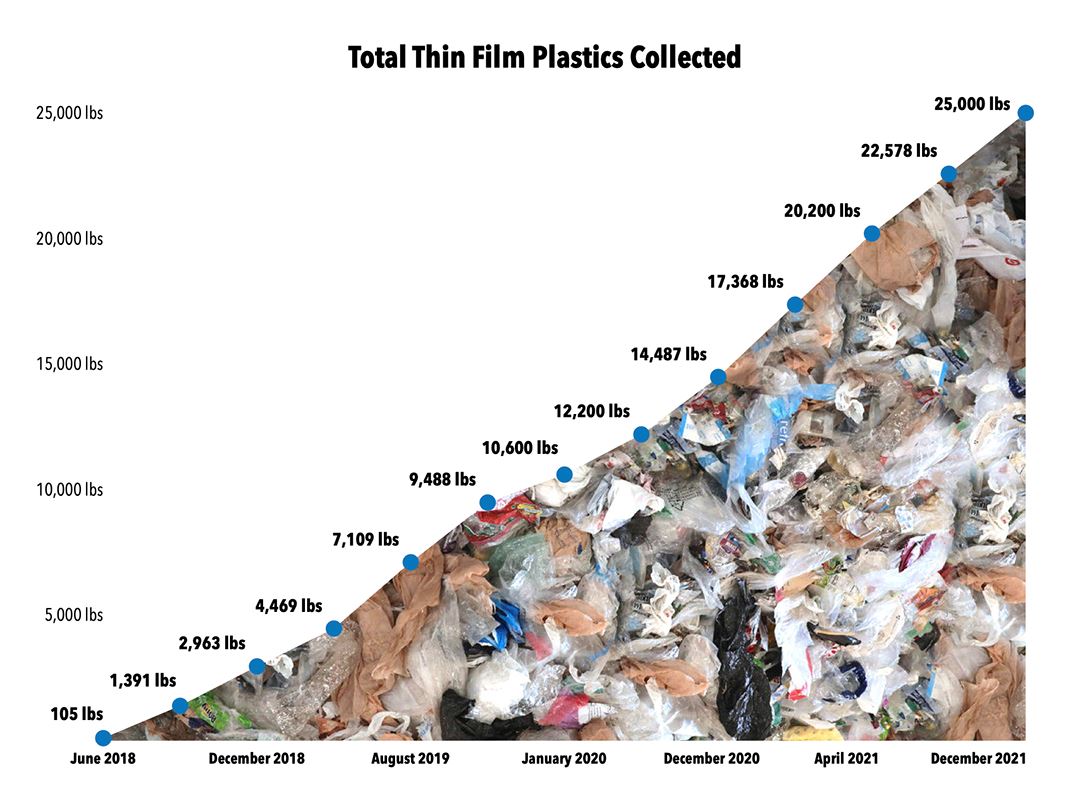 As of December 2021, our community has earned a total of 21 Trex benches as a result of the number of pounds of thin film plastics we have collected. Below is an example of one of these benches. 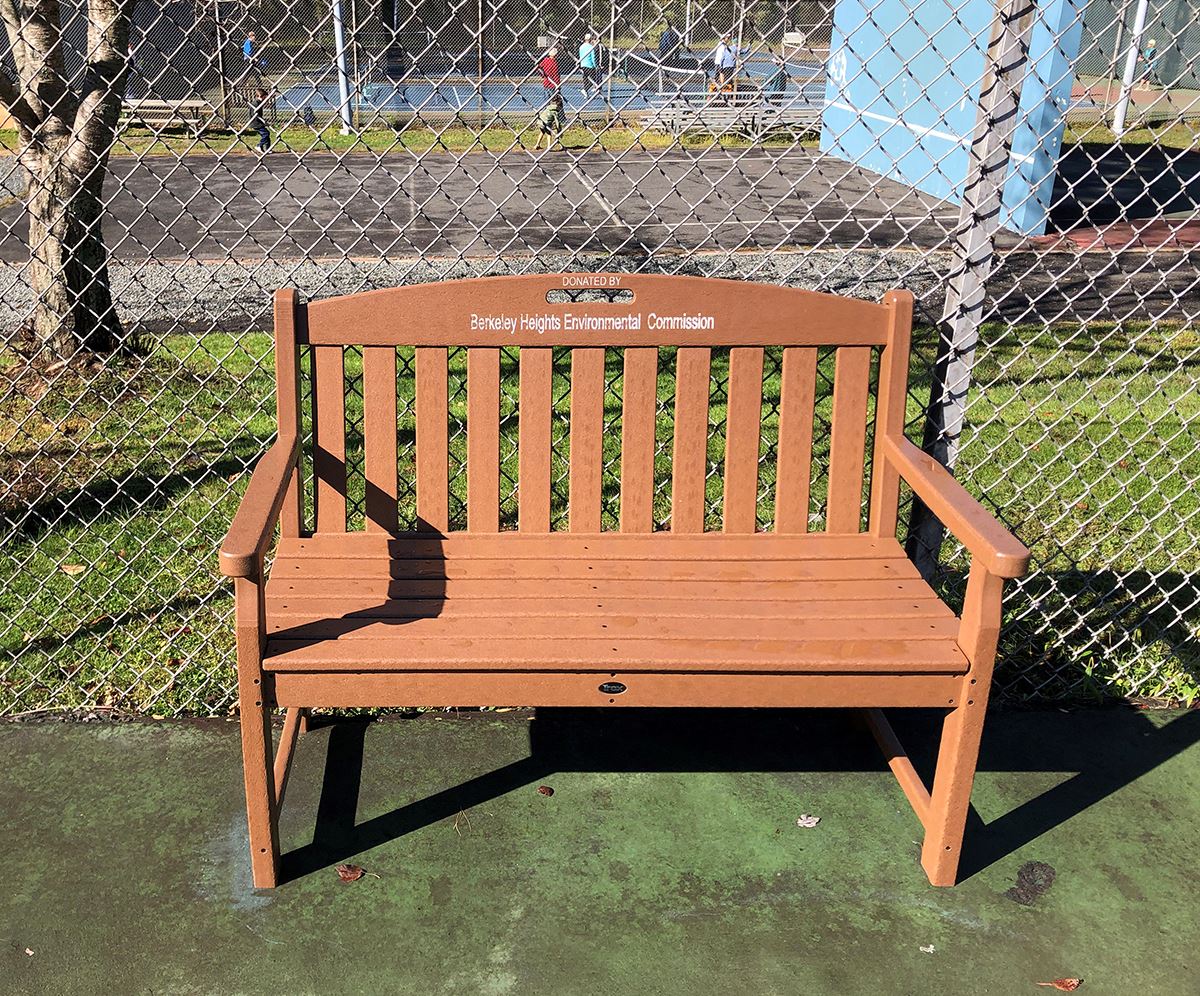 To see the milestones Berkeley Heights has reached throughout its participation in the Trex Thin Film Plastics program, here are links to a few articles that have appeared in TAPinto Berkeley Heights and Patch

April 20, 2019
Adopt a Trex Bin: Earn Benches, Help the Earth, and Leave the Leash at Home